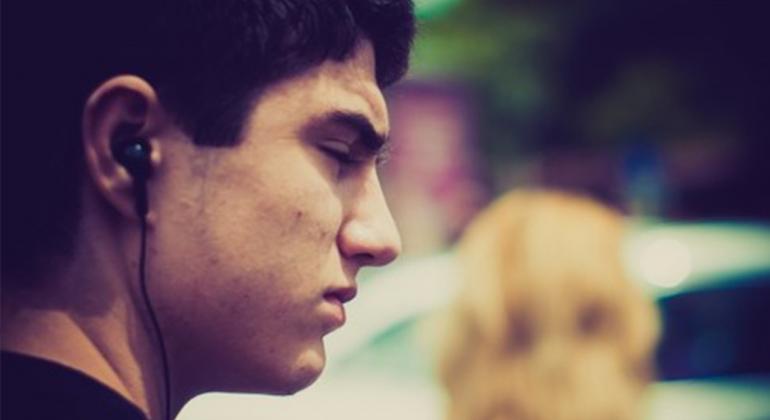 Smartphone as an alternative to hearing aid

While some developers are making yet another game to make people spend money, the others are using the capabilities of smartphones to make the lives of people with hearing disabilities more comfortable and better. Recently we have learned about IT4You team - these people have developed and continue to improve the technology thanks to which a smartphone becomes a replacement to a hearing aid; and you can use their application free of charge. We just had to tell you about them, because according to the World Health Organization one out of ten people in the world faces the problem of hearing impairment.

Wearing a hearing aid, especially in youth, is psychologically very difficult. Children with hearing aids are often teased; and even if no one expresses explicit negativity towards them, they still feel inferior. It might be easier for girls due to their long hair, but the boys have to endure it.

Years pass but little changes. A hearing aid may be an accessory for an elderly person, but not for a 30-year-old man or woman. They have to spend lots of money for compact unnoticeable devices different from classic devices “for oldsters”. Efficiency is sacrificed to small size, while the price increases dramatically.

A modern hearing aid is a microcomputer with a microphone and a speaker. The chip processes incoming sounds and amplifies the necessary frequencies. Adjusting of the devices is carried out only by trained audiologist in accordance with the analysis of the audiogram obtained during the hearing test.

Basically, a substitute to a hearing aid requires a microphone, speakers, and an algorithm modifying the sound to compensate for the hearing loss. Smartphone or tablet is an ideal candidate for this. If performance of a modern mobile device is sufficient for complex calculations, it will be enough for sound processing. Smartphones and tablets normally have a built-in (and often more than one) microphone, and a stereo headset (often with its own microphone). Someone just had to create an application which would use these resources; and the audiologist can be replaced by a hearing test, which performs the same actions as a specialist at clinic and adjusts the correction algorithm.

They also have the applications for comfortable listening to music and radio for people with hearing impairments, but we will focus on the hearing aid in particular.

Mobile device is a great alternative to a hearing aid because it has a sophisticated sound system. All these noise reductions and other necessary things which make it more comfortable for people with normal hearing to communicate can also help in a situation when you need a clean incoming sound for subsequent processing. Besides, the application together with a stereo headset processes and transmits stereo sound, and the user can choose the most comfortable algorithm of processing and compression.

Basically, by plugging in a headset that will be used and running the hearing test the user receives a sound enhancement algorithm, which simultaneously takes into account both the hearing impairment and the microphone and headset speaker features. However, if you change your headset, you will have to run the test one more time.

The issue with the different noise environment in various places is solved by the profile creation. A separate profile is created for every environment (subway, street, premises, etc.). You should just run the test in a particular place and save the settings as a profile.

We would like to express our respect and gratitude to the developer of such a wonderful product.